I ride a 2009 model Royal Enfield Machismo 500cc Bullet. This model has an AVL engine. There is a legacy associated with Royal Enfields and part of the legacy is its looks. The Machismo is a very handsome motorcycle. I wanted to restore the bike to its original glory. Here is a guide on how to restore your Royal Enfield based on my experience. 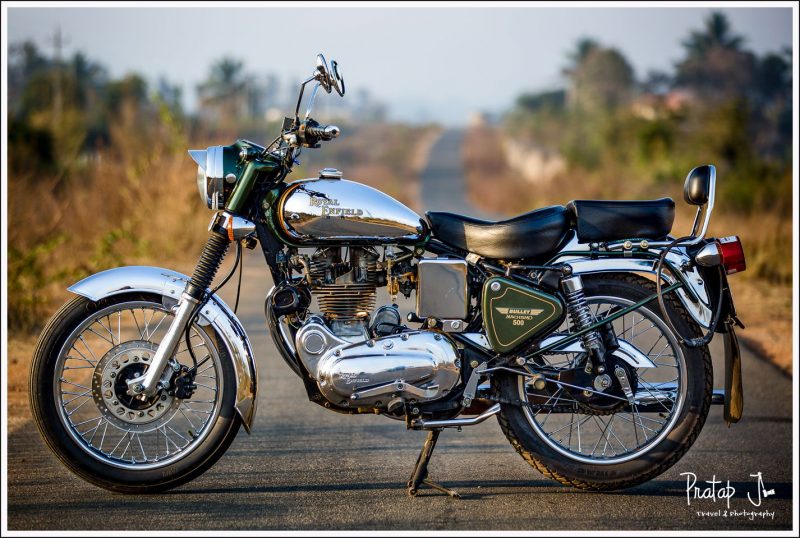 Based on my experience, here is the rough order in which you should be going about with painting and restoring of a Royal Enfield Bullet:

I recommend that you find a trustworthy mechanic who can: 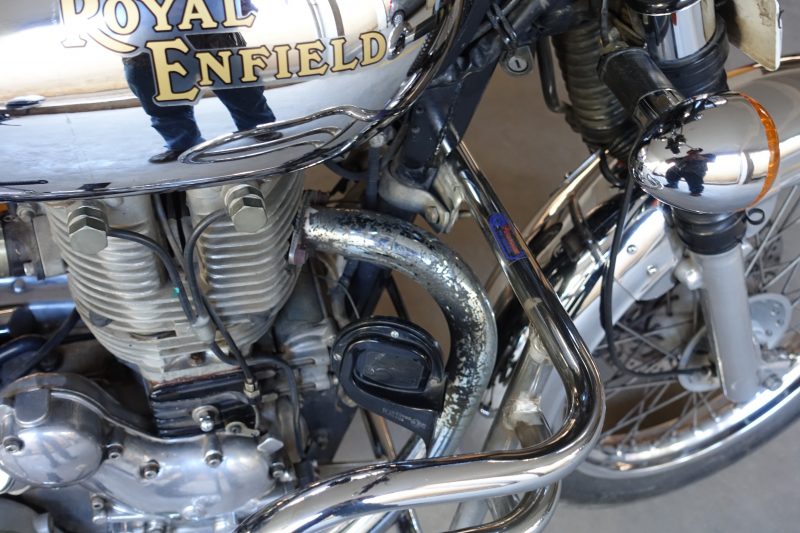 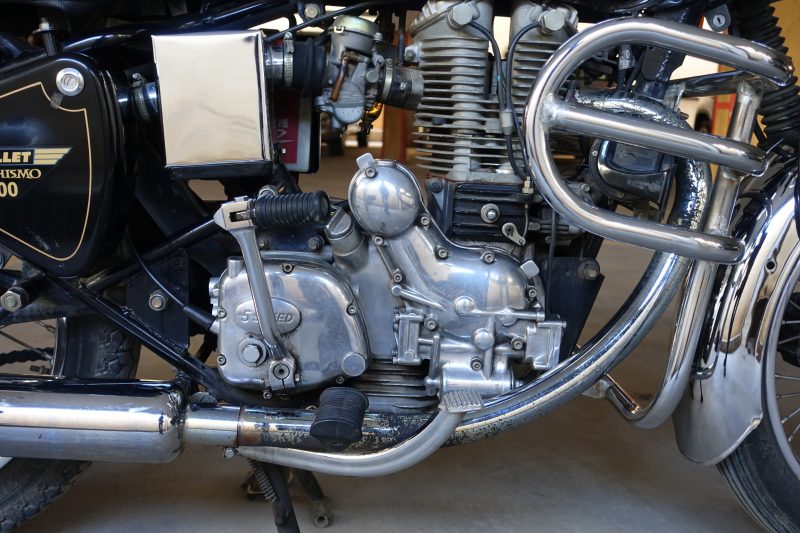 I got my motorcycle painted by Select Stoving Enamel Painting Works And Sandblasting Works in Ilyas Nagar, Bengaluru. Mohamad Akrammulla is the proprietor and a veteran at painting motorcycles. If you don’t know of a mechanic, he can arrange for someone who will take the motorcycle apart and put it back together. He charged me Rs 13,000/- for the entire work – stripping the old paint by sandblasting, applying a primer, painting, lacquering and stickering. I found this quote reasonable, although I wouldn’t say that his work was the best. But I would certainly recommend him to someone who is on a budget.

I also approached four others before going with Select. The first was an unknown but fairly big garage in Jayanagar. They gave me a quotation of 35,000/- for painting, chroming and servicing, inclusive of labour. This was a fairly reasonable quote as I was to later learn.

Next, I approached the Art of Motorcycles. I had a long talk with Junaid. I did not go with them because of two reasons. Firstly, I found the quotation pretty high (Rs 50,000/-), and secondly I had to deal with what I have described above about “young guns” and attitude.

Third, I approached Fusion Kustoms. I interacted with Shashank Surya who came across as a gentleman. The quality of his work appeared to be world class from the samples that I saw. The only downside was that he did not have a Bullet mechanic and chroming person in-house. I was looking for a one-stop solution. I would still rate Fusion Kustoms as highly recommended based on my interaction with Shashank and observation of samples.

The last quotation I got was from Technik Motors in Indiranagar. Their quote was the lowest – the point that I did not believe that they knew what I was expecting them to do. So I dropped the idea of going back to them.

The final breakup after I got my motorcycle restored is as follows:

I also purchased a new rear mudguard in chrome for Rs 2400 (factory one was black), new back tyre (Michelin Sirac Street for Rs 2600), split touring seats (Rs 3600 from Rao’s). The regular service included expenses on consumables and oils.  This project made me poorer by Rs 34,480/-. If you think this is expensive, you need to know that this is not the first time I was spending so much on the bike. A few years earlier, I had spent close to Rs 20,000 to change the engine bore! Whoever said Royal Enfield are cheap to maintain 🙂 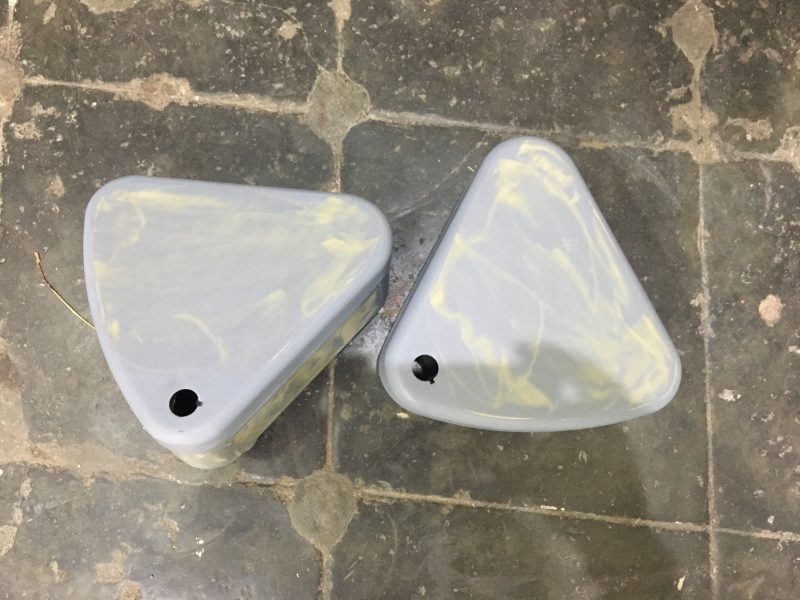 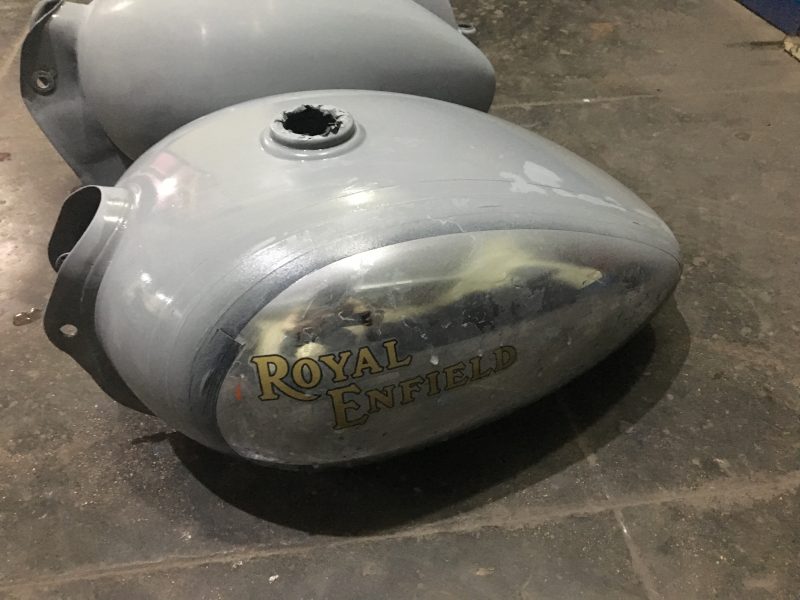 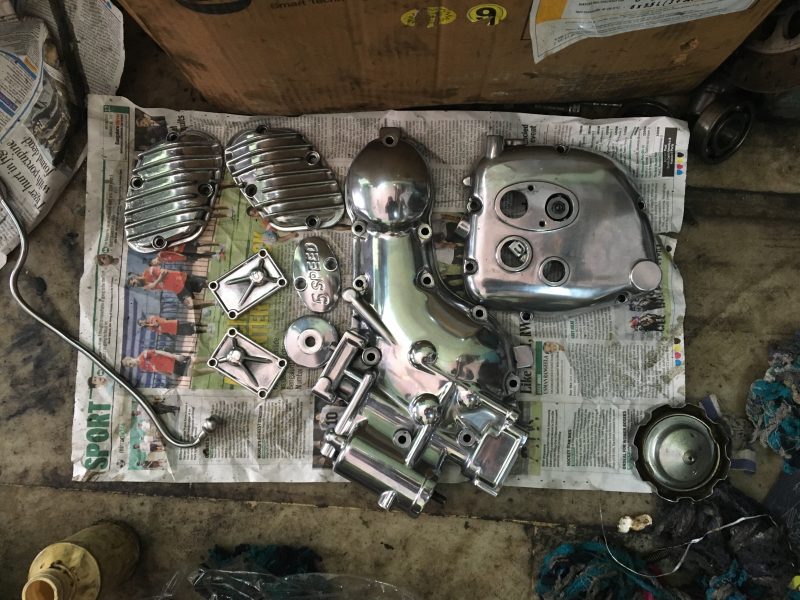 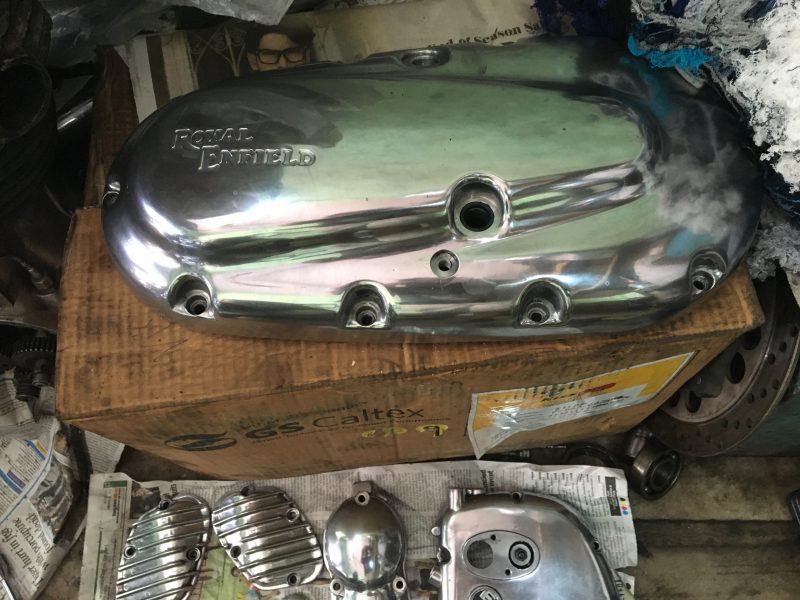 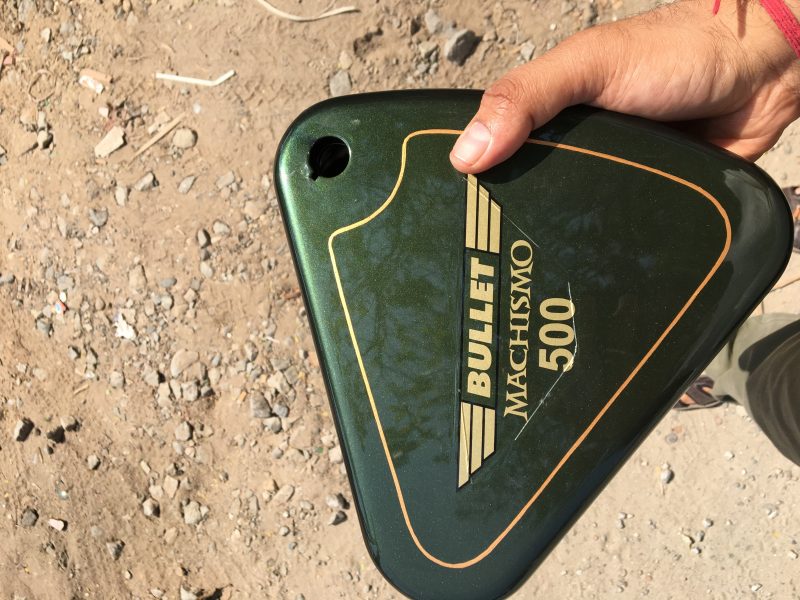 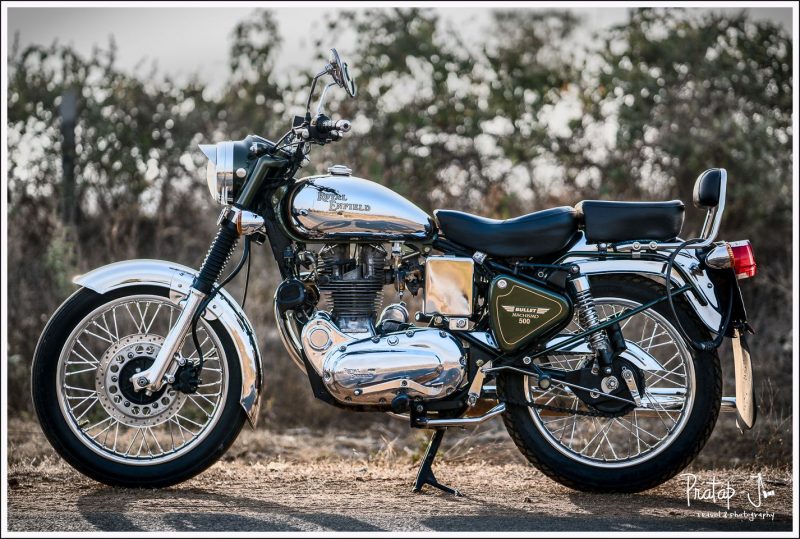 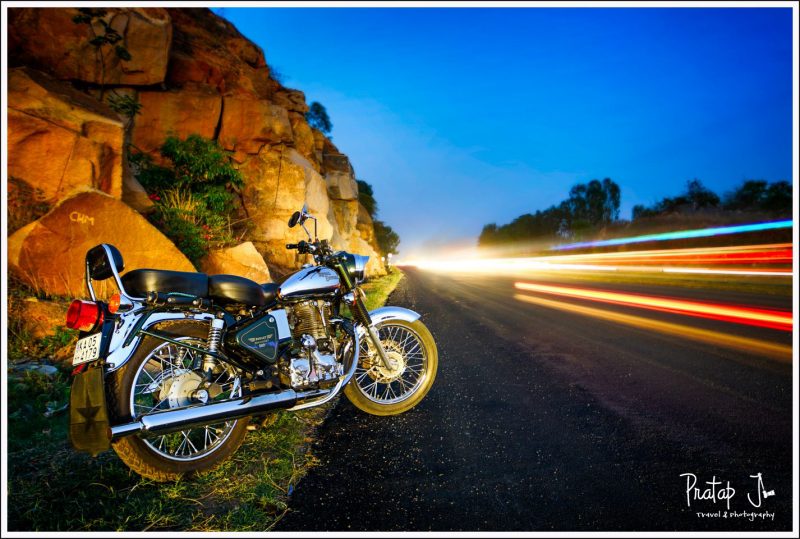 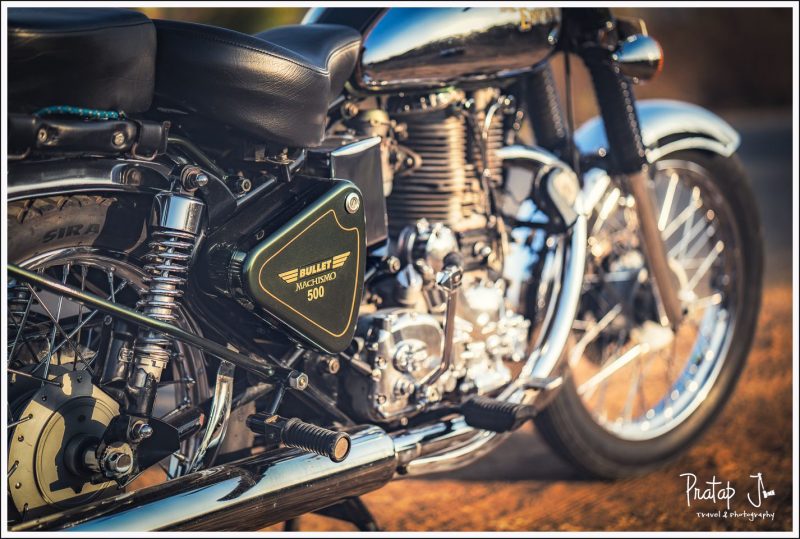 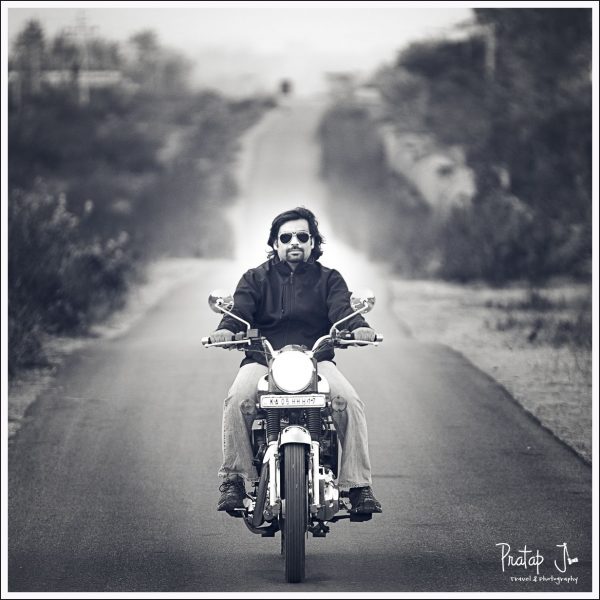 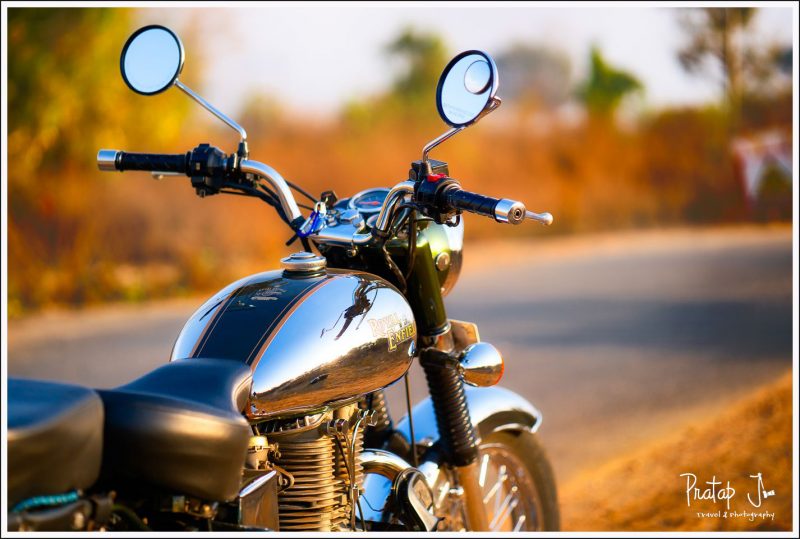 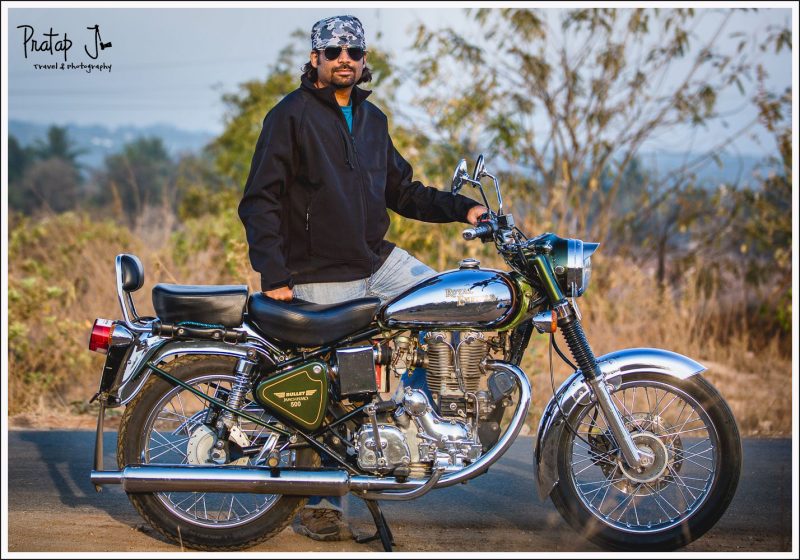 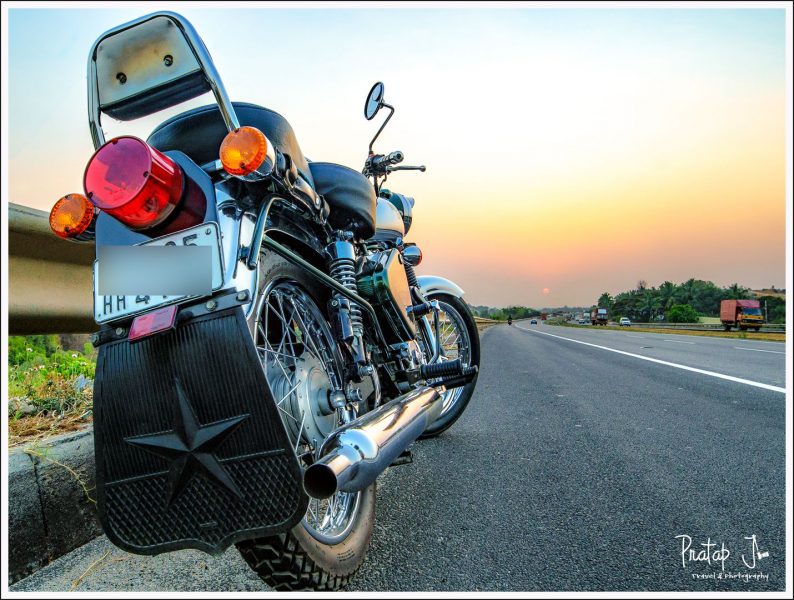