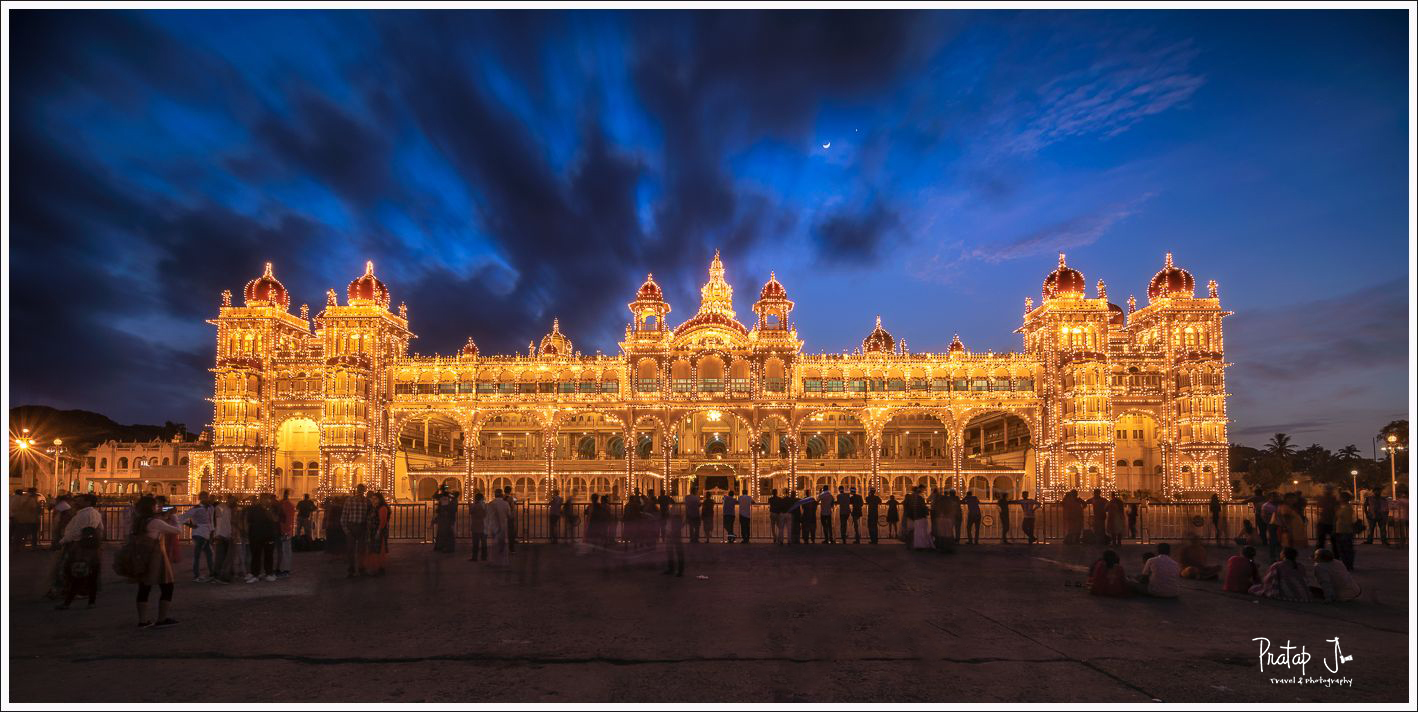 Ambavilas Palace popularly known as Mysore Palace is a beautiful structure and the pride of Karnataka. On Sundays and public holidays, the Palace is lit up. A thousand incandescent bulbs turn the Palace into a fairyland. It is magical to watch the golden glow of the building against the dark sky. The lights come on at 7.00 pm. On Sundays, the police brass band performs in front of the palace.When I shot this image on Saturday, the 16th of June, a crescent moon was setting above the palace. Look closely and you can see it in the photograph. The bright dot next to the moon is Venus, the brightest planet and the second-brightest celestial object. See a time-lapse of the moon setting over the Mysore palace here. 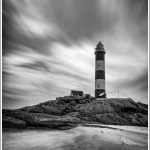 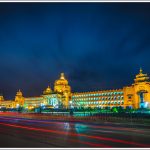